As a last minute experiment before bed I connected the PC headset microphone directly across the VX-7’s mic input. The VX-7 is designed to provide VOX with compatible headsets, so must be able to work with the mic permanently connected.

The VX-7 did work, along with its VOX function. This gave an idea for improving the Passive Adapter. Disconnect Mic Low from PTT and instead move it to system ground. The Microphone signal no longer has to pass through the PTT circuit.

The circuit is now: 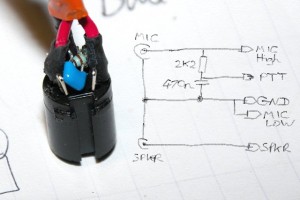 Testing the circuit I find

I expect this circuit will have problems with low impedance dynamic mics or low impedance transformer isolated active accessories. It violates the CAIRO requirements in this way. It could possibly be fixed using a P Channel MOSFET to switch on the microphone and resistor circuit when PTT is pressed. The gate would normally sit at the DC bias level of 3V pulled up by a resistor. The PTT switch will pull the gate down so activating the microphone circuit. This would remove the VOX feature. It could be the next circuit to try.

The complete assembly with PC headset adapter is: 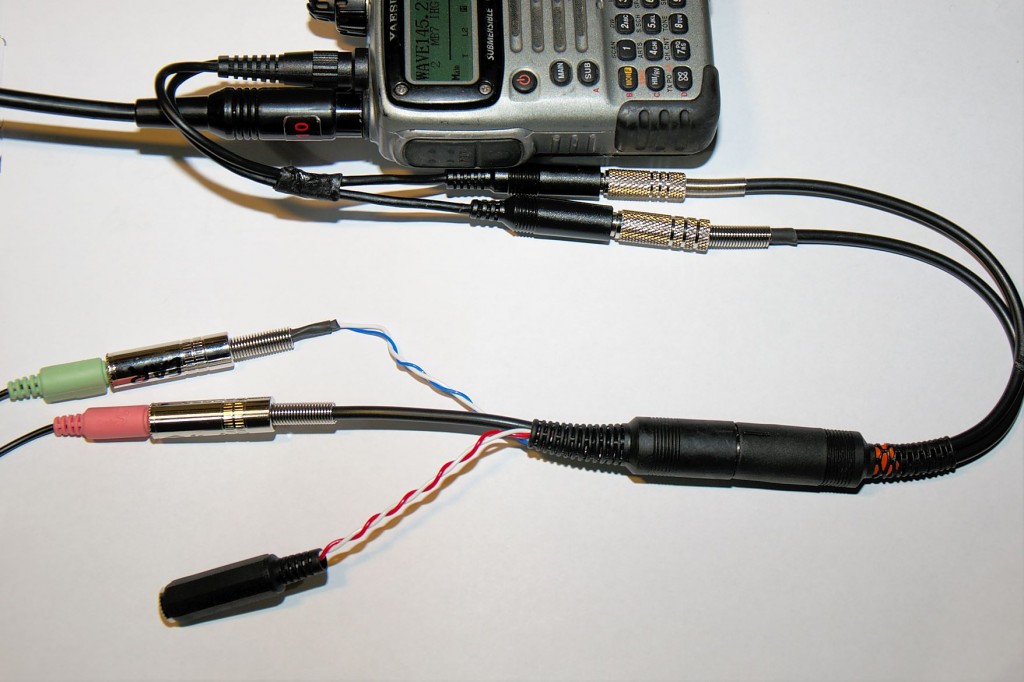