I bought a Benro FTA18VC0 Travel Angel tripod as a lightweight tripod, wanting something easier to carry on hikes or cycle rides. Choosing a tripod is a compromise, with one end of the scale occupied by very solid but large and heavy tripods like my old Manfrotto 055, and the other occupied by small and lightweight tripods such as the Surui T-025X and the Manfrotto Be-Free.

The Benro is towards the light end, weighing in at just over 1.5kg for tripod and head, as opposed to BeFree’s 1.2kg. The 18CV0 is the second smallest in the range with the five section 19CV0 packing smaller and weighing slightly less.  It’s more expensive than the Be-Free at £330 at time of purchase, as opposed to £230 the current best offer for the Be-Free Carbon (RRP £299). But you get a lot with this tripod:

The tripod in its smaller bag will fit into a 26l day sack and, just about, an Ortleib rear pannier. It can be carried on a pannier rack easily in its padded bag, or as below. 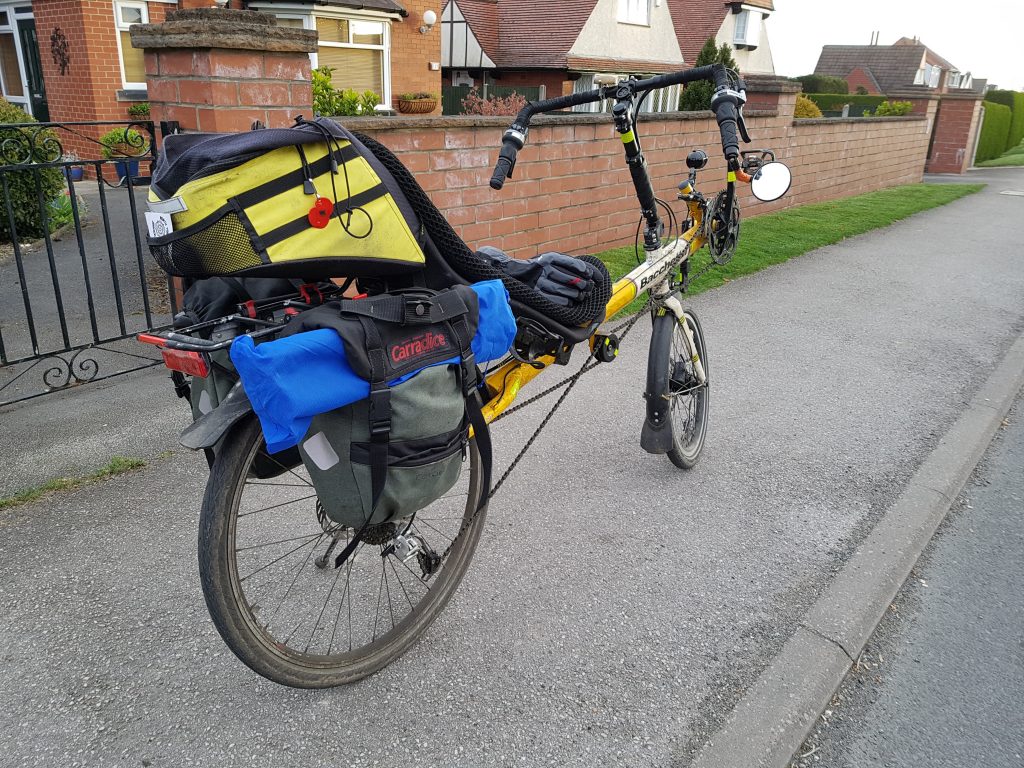