For the Three Peaks challenge I decided to navigate by GPS. I carried the map and compass, but the only time I used it was to take a sighting from the foot of Ingleborough to determine if the shiny thing we were looking at was the footpath or not. It ended up being water spilling down the mountain side next to the footpath. 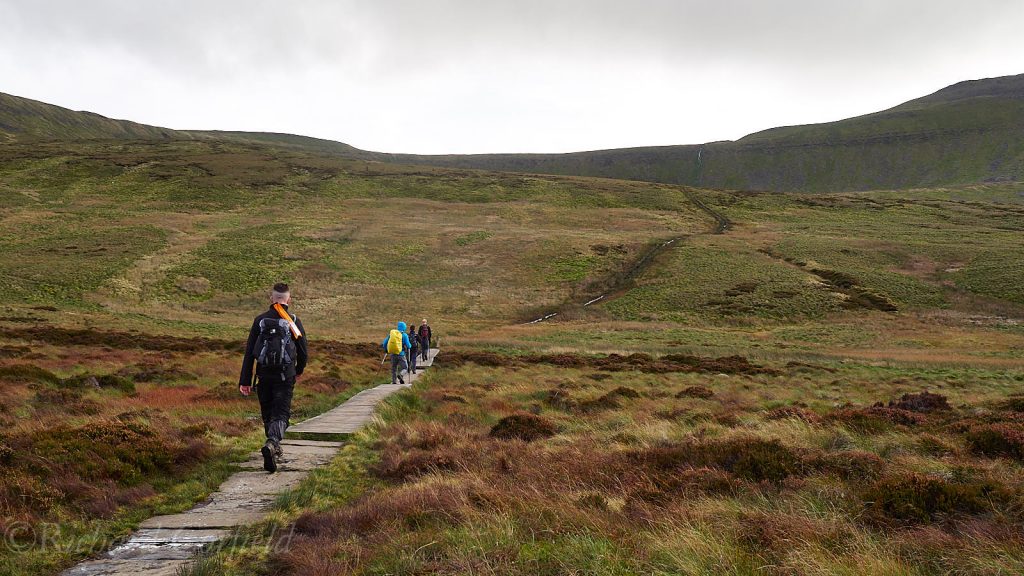 The rest of the navigation was a mixture of GPS and my memory of the route, through having been there before or for the new sections from having stared at the maps in planning sessions.

To cut a long story short:

The GPS worked well, apart from one suspected crash (or did I accidentally lean on the power switch?). The main difference is context. When following a map I can “see” for some distance around. The GPS screen is small and I only “see” my immediate surroundings, maybe 100m or so.

When I follow a map I keep track of visible landmarks, I count field boundaries. I am very aware of my position and my surroundings. That lacks with the GPS and I wonder how well I’d recover navigation in all situations if the GPS failed. On the other hand, when the GPS works we know we’re on the track no matter how foggy it is. A suggestion when I mentioned this after the walk was to use both, to keep using the map.

It was very convenient to hear the beeps as we reached waypoints. It became known that this meant that we were still on course. The Etrex 30 did not honour the “Shaping Point – Do Not Alert” option in BaseCamp, so we had a lot more beeps than we should. The magnetic compass allowed us to see where we had to go, as long as (like a real compass) we didn’t place magnetic things near it while it was in use. It’s easy to see a real compass reacting. The slight screen refresh delay on the Etrex would cause it to strangely rotate the map, for example when someone walked over to look at it with a magnetic water tube clip on their rucksack.

BaseCamp allows entry of waypoints. It will autoroute between them creating a nice shaped track, at least that is the intention.

The Etrex 30 will completely ignore this track. (Even though it can generate tracks when asked to route along roads using its internal map).

It only sees the waypoints, so you need to manually ensure there are enough. When using BaseCamp it is best to set “Direct” mode so you can see the straight point to point lines that the ETrex will follow. Unfortunately this results in loss of useful information such as time estimates. Switch to “hiking” or “mountaineering” mode to see these. I didn’t find a way of seeing or adjusting the speed profile that Garmin uses for these.

I had both a route programmed and the official GPX file. The GPX file showed up on the map in yellow, the route in purple. This was a good combination with the route providing waypoint notifications and the GPX giving confirmation of the actual paths to follow.

I had three screens programmed:

Suffice to say, it’s a bit rough. With care it can be used reasonably well, but it has its problems. I spent an hour or so the night before the walk reinstalling the base map on the GPS after corruption!

Routes are edited live on the device. If you make a mess, then you’d better have made a backup elsewhere. (I wonder if you could set up a version control system like Git in there and have it not upset Garmin). This happened the day before the walk when I asked it to change the planned start time to 06:30 and tell me the new estimated end time: 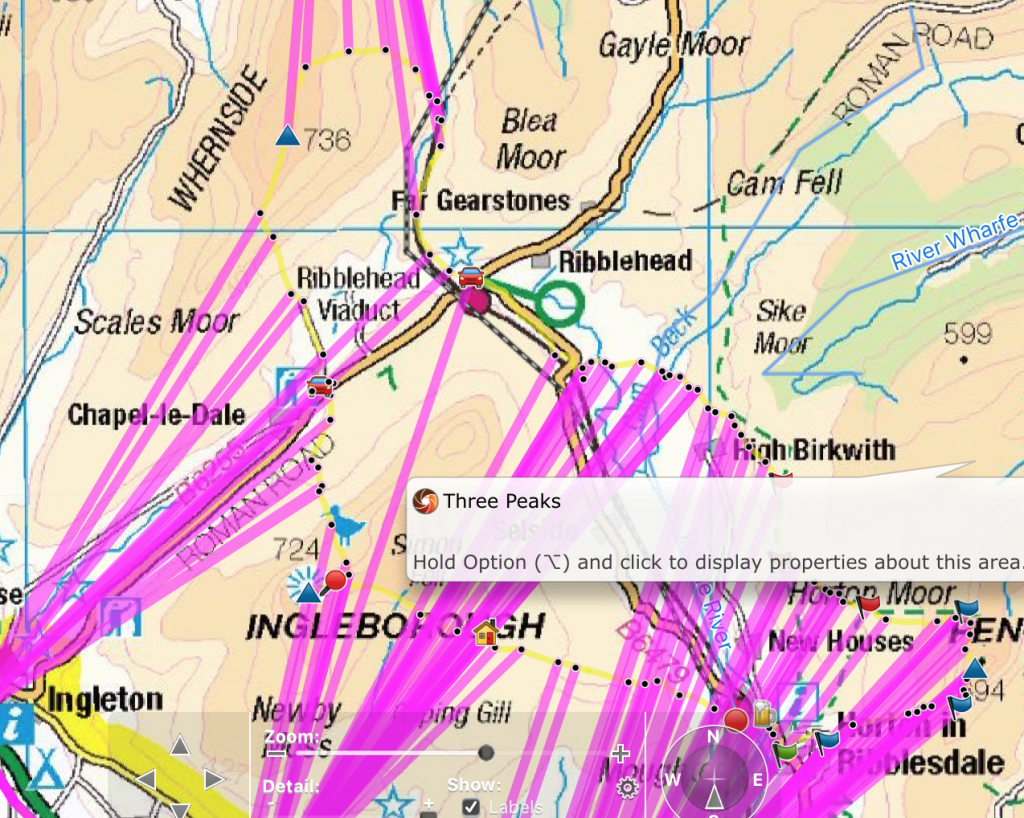 Fortunately, as the Etrex seems to ignore the purple route, this may not have been a problem. I could also switch the routing mode to “Direct” and have it draw straight lines between the waypoints. This could have been caused by the map corruption, but it seems to want to load the map from the GPS every time it is connected. This is slow, and slows down the entire app.

There were other rough areas. Although it knows the serial of my GPS, and I thought I’d registered it, I had to re-enter the serial number to use the map download feature. When I tried to read the help I was presented with untranslated localisation keys, some using Java’s {0} notation but fortunately the one I was interested in looking more like HELP_SERIAL_BATTERY_COMPARTMENT. I guessed I needed to look in the battery compartment. In the end I found it displayed in the software, but was unable to cut and paste so had to retype it. There really were times I wanted to swear at this software!

The Etrex 30x as a navigator